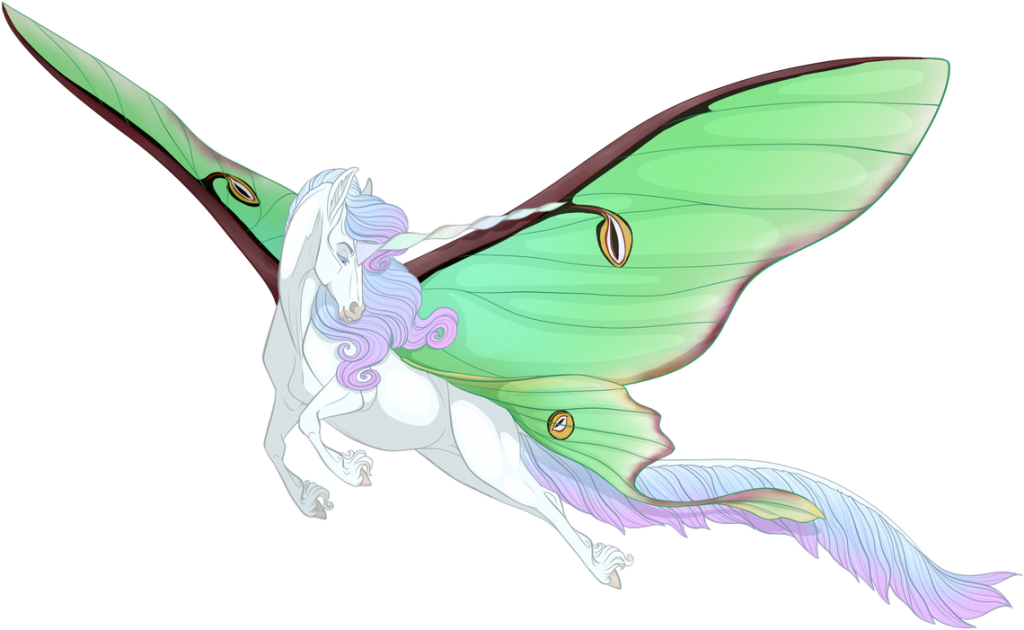 The temperatures have finally started to warm a little and Haukea’s frozen tundra has slowly started to thaw.  Snowball fights and ice skating have all come to an end as the Quirliverse welcomes spring with open arms.

Most years the coming of spring is less eventful and the lands fertility is more apparent.  With Haukea’s snow stunt over the winter solstice however, Quirlicorns experienced more snow than usual for the season.  More snow naturally meant longer thaw times, and even a little bit of flooding.

Knowing that he had his work cut out for him to usher in the new season, Frysil didn’t hesitate to enlist a helper.
Udelia often came to visit him, and she always seemed enthusiastic about any suggestions given to her.  Clearly she was the perfect candidate to rally the troops and get spring sprung!

Frysil soared above the still partially frozen land, keeping an eye out for Udelia.  Recently he’d heard a rumor about an area in the north eastern portion of the Windy region, where the Windy region touches Swamp and Plains.  “Along the border the most beautiful gems can be found in the small caves.”
“I bet that’s where she’s at!” he sang to himself, and then changed course towards the caves.

Meanwhile, near the border Udelia was spelunking.  She’d also heard the rumors and was thrilled at how accurate they were.  One by one she picked up stones and added them to a satchel around her neck that looked like it had seen better days.  The material was worn, and the seams didn’t look like they would hold much longer.  Udelia’s sack was clearly overfilled and definitely not designed to hold that much weight to begin with.  Still, she kept adding more stones to it.  “One more, and that’s probably the limit for today, I don’t think my satchel will hold much more.”

Just as she was about to leave, another stone caught her eye.  A large piece of labradorite was protruding from the entrance of a small tunnel within the cave.  The area was mostly dark, but the light hit it in just the right way for Udelia to notice it.  “It looks like a piece of Logain, I must collect a piece and bring it to him!”
Unaware of her surroundings, Udelia stepped towards the stunning gem across the cave but slipped on a slick spot on the floor and fumbled a little trying to catch her balance.  There was a swoosh and a swish followed by the sound of hundreds of small stones hitting the ground.

“Ha ha ha ha.” laughter echoed from the caves entrance.  “I knew you got yourself into weird situations a lot, but I didn’t expect you to be so clumsy.”
Frysil stepped into the cave chuckling.  “Come on, I’ll help you pick them up and then I have a proposition for you.”

Udelia was thrilled to see her friend, but she would have preferred he not see that embarrassing display.  “I guess there’s still a bit of ice in here.” She said, giving Frysil an embarrassed grin.  “So what brings you here today?” Udelia knew it was the eve of the spring equinox, certainly Frysil didn’t have time to go spelunking, and he wasn’t one to sleep on the job either.

“I was looking for you, I could use your help with this years equinox.”  Frysil went on to explain that Haukea’s snow created some less than ideal sitations that now need to be dealt with. “And so, I thought, maybe you could help get the others to clear out the residual snow and get some blooms blooming.”
“You can head to the Swamp, Mountain, and Desert regions to get everyone on board, and I’ll cover the Windy, Plains, and Icy regions” “I definitely need to go to the Icy Region and pick a bone or two with Haukea for this mess.”

And so, Frysil and Udelia set out in search of Quirlicorns who could help create a positive transition from snow to spring.

All Entries that include Frysil or Udelia will also receive Frysil’s Gift “Golden Goose Magic”.